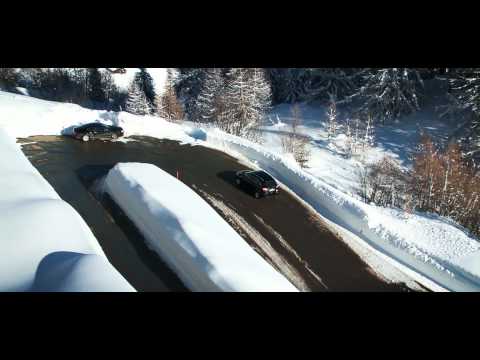 Winter is undoubtedly the most difficult season to drive in, avoiding breakdowns is key to staying safe. The number of call outs to accidents and breakdowns more than doubles during the cold months due to the challenging conditions when snow and ice set in.

There are a few things you can do to minimize the effects of the cold on your car and your driving style. Battery and Electrics Avoid overusing electrics where possible by turning off non-essential electrical components such as heated rear window. If you don't use your car over the weekend then start it up on Sunday night and go for a drive to give the battery a revival. If your car wont start first time, use the ignition in shortened 5 second burts at 30 second intervals. This gives the battery a recovery period between attempts. Antifreeze Antifreeze only costs a couple of pounds, which is nothing when compared with the potential costs of replacing a cracked engine block. Make sure you keep it topped up or get a Winter Health Check for £25.

Most cars use long life antifreeze so be sure to check your cars handbook before adding antifreeze to your vehicle. You also must ensure a 50:50 balance of antifreeze to water to ensure maximum engine protection. Vision Your vision can be improved by removing any scratches or chips which often heighten the effect of the dazzling sun A little effort and those greasy smears on the windscreen are easily removed Check windscreen wipers and replace if necessary - a new set will make a huge difference! When leaving your vehicle, make sure the wiper blades are in the off position as allowing them to freeze onto the windscreen will cause damage to the blades and wiper motor when trying to get them moving again. Tyres We recommend at least 3mm of tread on your tyres and never less than 2mm of tread for wintery condtions.

You may have heard that reducing tyre pressure will help you to grip the road, however this does not work and only reduces stability. Snow chains are rarely required unless driving in a remote snowy location. If you do use chains, be sure to remove them when you return to the road as they will damage your tyres and the road surface. Autosocks or Snowsocks are an affordable investment and will help you out of the deepest of snow. They are available from Peter Vardy from only £29. We would also recommend investing in a set of snow or all season tyres. They work by containing a higher level of silica in the compound which prevents the rubber from becoming brittle in the cold temperatures allowing it to better grip the road.

Last Minute Give yourself 10 minutes in the morning to prepare your car. Use this time to plan a route that utilises main roads, as these are more likely to be cleared We all want to feel like a Tank commander, but driving away with a letterbox sized hole in the snow puts yourself and other road users at risk. Put safety before punctuality and prepare for being late as unexpected delays become more frequent.

Driving In Snow and Ice also requires special care, a lot of which may seem common sense. It is important to maintain a steady speed and avoid harsh or quick changes to direction or speed. Wear Comfortable Footwear Use 2nd Gear when setting off to avoid wheel spin Up Hill - avoid stopping and consider waiting until cars have cleared the hill where possible. Down Hill - brake before you reach the hill where possible and use a low gear to avoid braking. Brake Gently, and if you do skid, release the brake and use a low gear to slow the car whilst maintaining traction Most importantly as we have mentioned before, use your common sense and you'll be able to stay safe on the road.