What makes the Goodwood revival so special?

If you want a taste of the good old motor racing days, Goodwood is the place to be. It is an amazing and unique event that is adorned by car enthusiasts who travel far and wide to attend the world’s most famous motor show.

You could say Goodwood reminds many of the good old days, where motor vehicles were known for their beautiful shape and simplicity (without all of the advertising that many modern cars are now adorned with). Goodwood started in 1998 and now attracts more visitors than the Grand Prix at Silverstone; more than 100,000 spectators flock to the event each year. Every bit of effort is put into making this historic revival perfect and Charles March and his team never disappoint with the beautiful film-set scenery, period dress and great attention to detail; it simply looks spectacular! Even the spectators find a costume to wear and the food and drink is simply perfect as is the time-keeping.

All of the competitors (including the older generation with their grey hair and larger tummies) are there for a reason and take it all very seriously and surprisingly enough there is never any need for police presence, apart from the 1960’s police cars and their drivers in blue. This is not just an event aimed at competitors of course; visitors can enjoy a multitude of attractions which include displays from the American Choppers, as well as displays of rarely seen aeroplanes from the past. 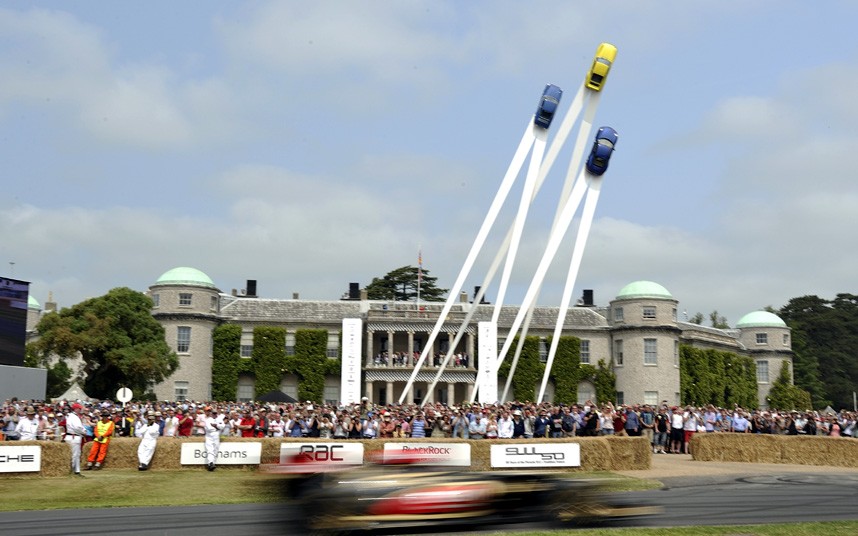 The circuit has been lovingly restored and provides an ideal backdrop for this serious motor-race and only the best pre-1966 machinery attends along with their talented owners, some of which are stars form the past and top names from modern and historic racing. The value of a single grid can exceed £30 million, not surprising really considering the amount of time and effort that goes in to this spectacular revival. To kick off the whole three day event there is a traditional cricket match which is held at Goodwood House, one of England’s original pitches dating back to the beginning of the game. The game is then followed by a drivers briefing accompanied by tea in the marquee: simply perfect!