Buying a car that is 100% vegan-friendly is almost impossible. This is due to animal fats used in the production of steel and rubber among many other components used in car manufacturing. However, car manufacturers have seemingly got the message and are now doing what they can to make our cars as vegan-friendly as they possibly can.

So which cars on the market today are the most vegan-friendly and how much of your car is actually non-vegan friendly? Read on to find out. 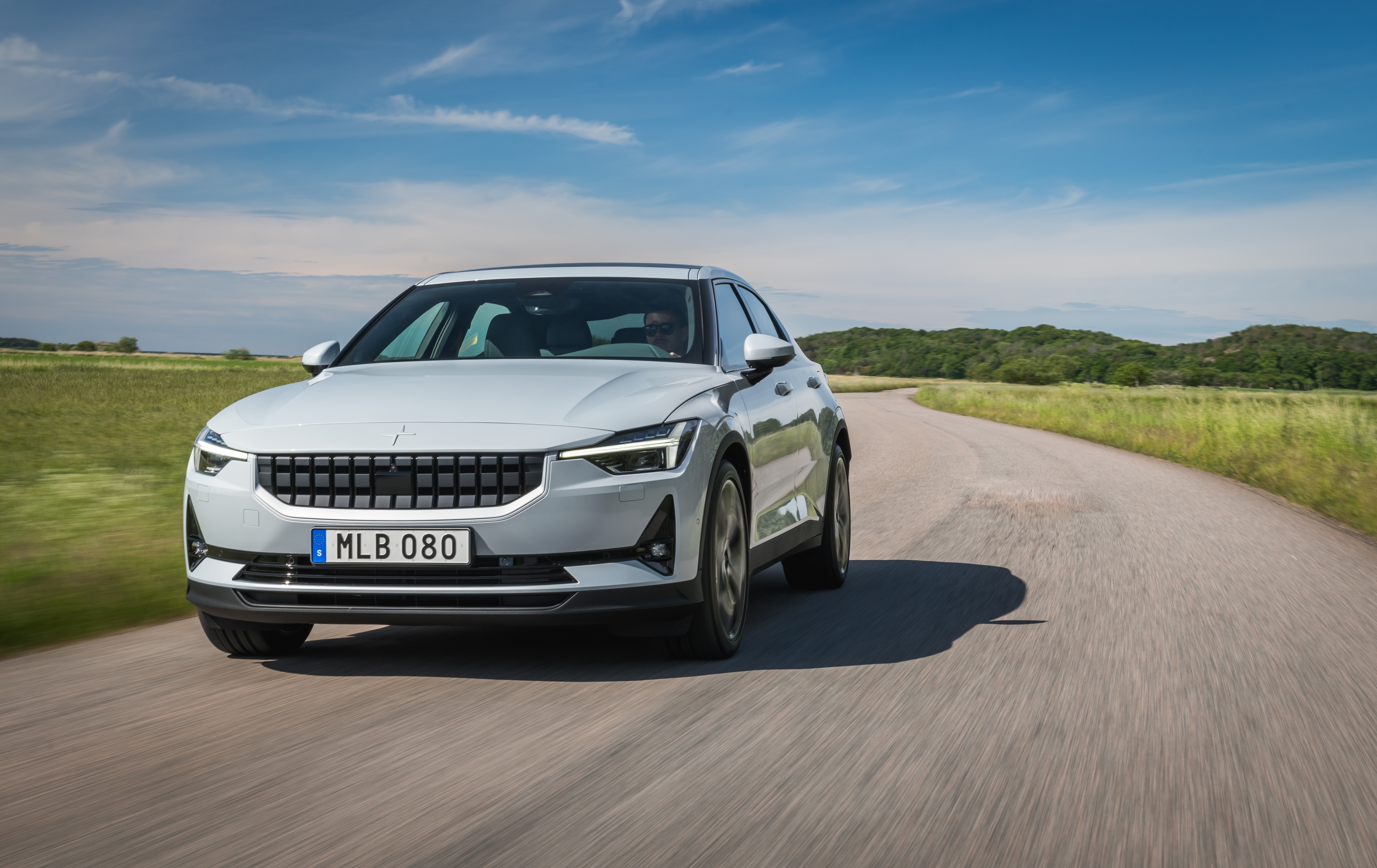 The Polestar 2 has been made with being as vegan-friendly as possible in mind. Thanks to their efforts the People for the Ethical Treatment of Animals (PETA) has even awarded Polestar with a Compassionate Business Award because of the car’s vegan-friendly interiors.

In fact, not only did Polestar want to create the most vegan-friendly car possible, but they also want to lead the way within the industry and encourage others to do the same, with Polestar bosses keen to show that their car’s interior will help accelerate the car industry towards leather-free interiors.

“Our commitment to the protection of the environment does not only include the electric drive,” Polestar CEO Thomas Ingenlath said in a statement. “With the Polestar 2, we have now also developed an interior design that promotes and accelerates the conversion of the automotive industry to a leather-free interior.” 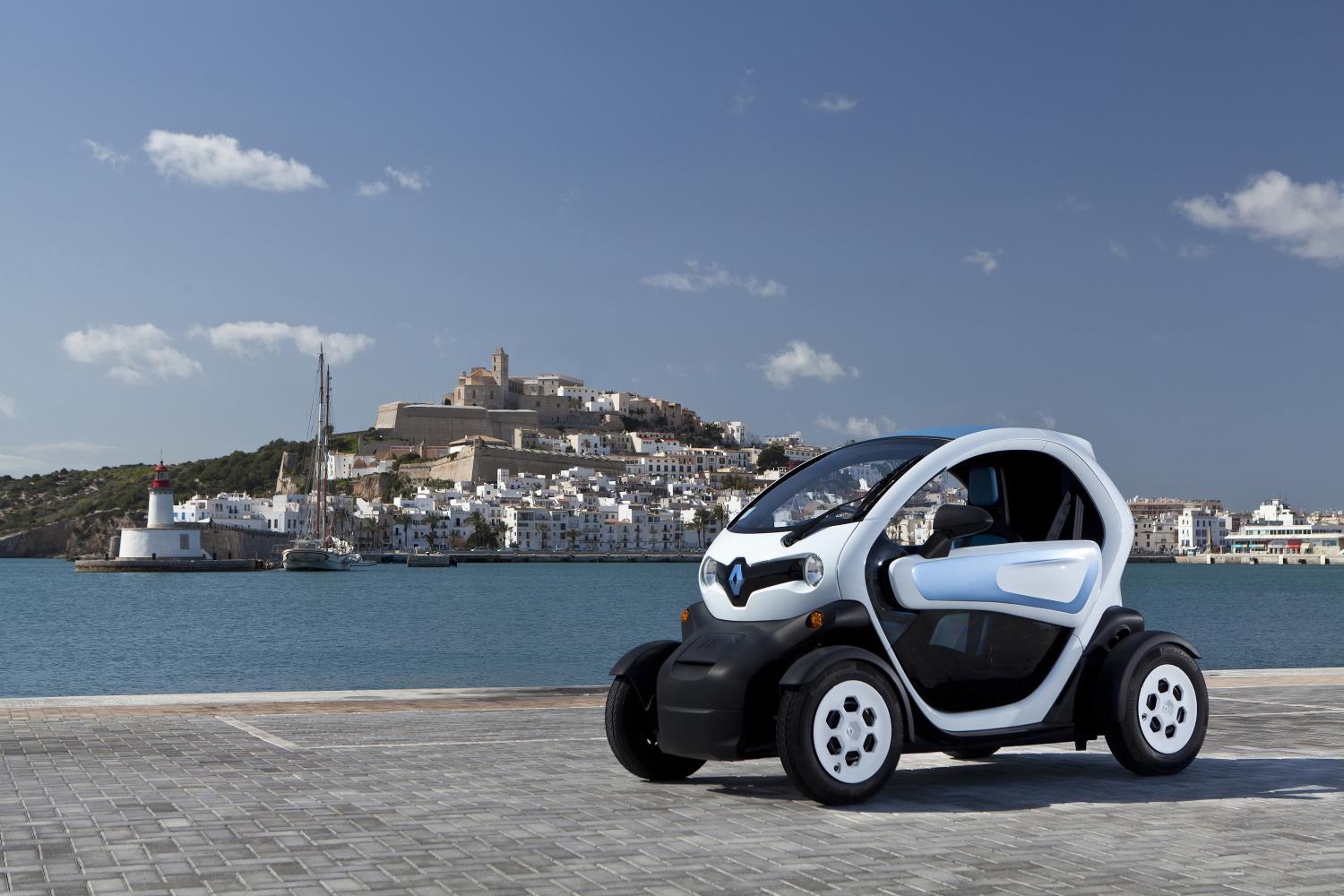 Everything about the Renault Twizy makes it one of the most eco and vegan-friendly cars on the market. It’s 100% electric, it has zero emissions, the lightweight steel chassis is encased in a plastic frame to keep steel use to a minimum and, quite remarkably, the whole vehicle is 85% recyclable. Amazing! 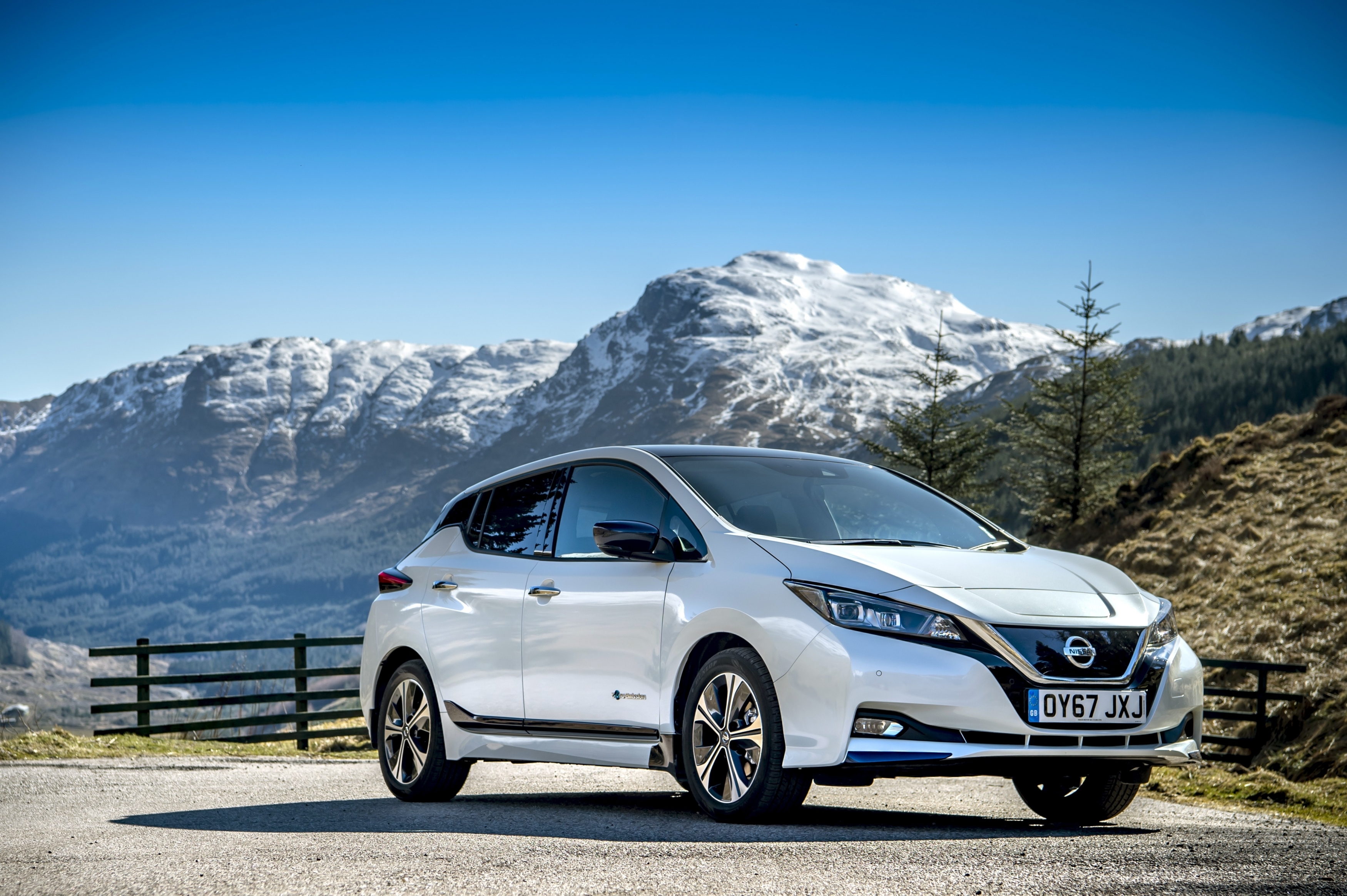 The Nissan Leaf is Europe’s best-selling electric car and one of the best options if you’re looking for a vegan-friendly motor.

Emissions are at zero thanks to the car’s electric nature, the range is at the top of its class, and its interior can be tailored to those wanting a leather-free cabin. 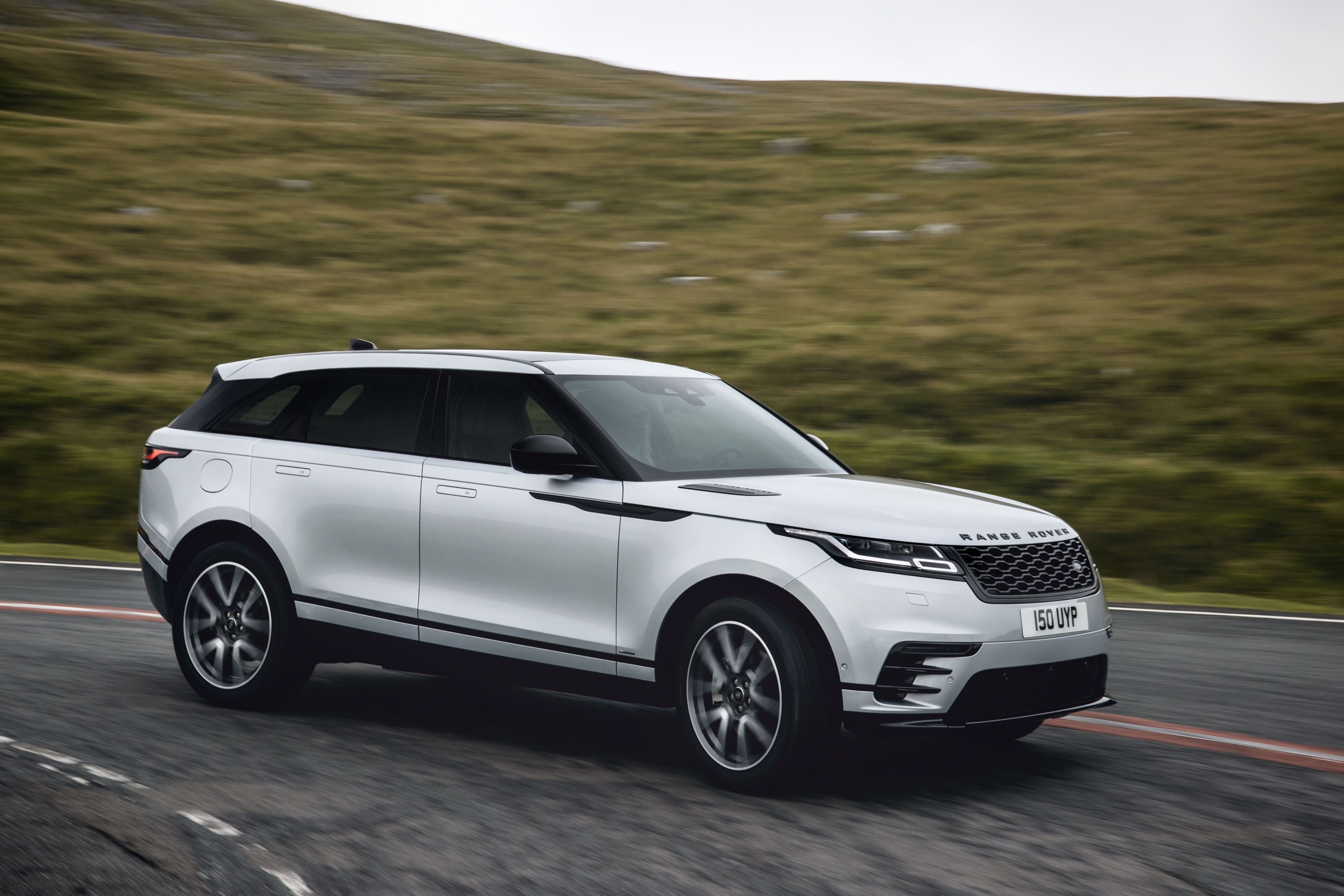 It is not only cars that have been specifically built with either electric or vegans in mind. The Velar, Range Rover’s newest addition to their forecourt has the options available to turn your Velar into whatever is important to you.

When purchasing a Velar you can opt for Range Rover's Premium Textile fabric. It will depend on your view on wool, as the fabric is a wool and polyester blend. For those who don’t mind, this option provides the cabin with wool and artificial suede seats, artificial leather across the dashboard and an artificial suede steering wheel, all of which contribute to the car's vegan-friendly credentials. 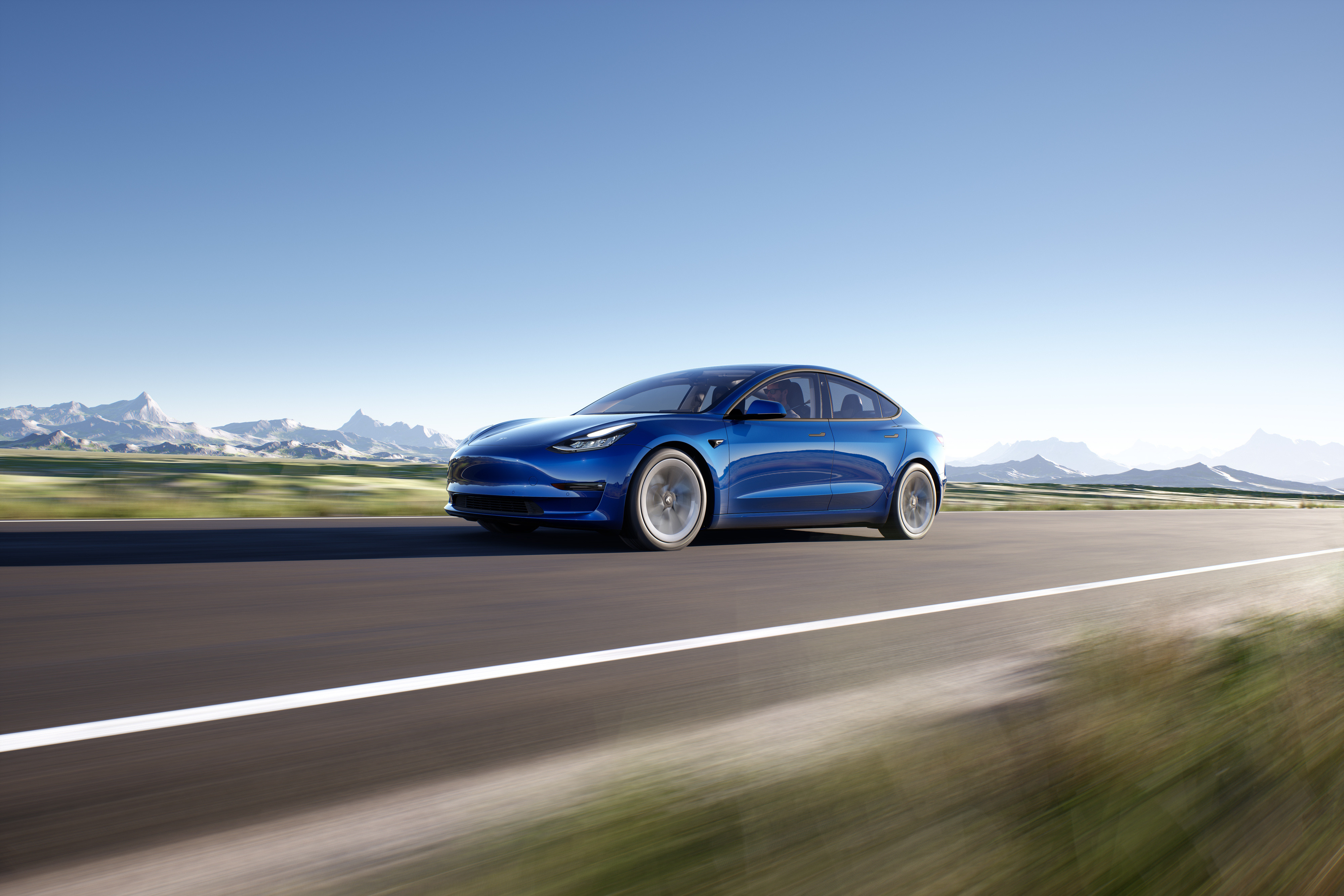 Across the board, Tesla is doing what it can to make its cars as vegan-friendly as possible. When they first arrived on the market they were similar to the majority of vehicles, giving owners leather seats. However, Tesla no longer sells any of its new cars with leather seats, instead opting for synthetic leather.

Tesla has confirmed recently it has replaced the animal-derived leather that it used for steering wheels in its Model 3 vehicles with a luxurious, durable vegan material. Also, Elon Musk has personally told a PETA representative that the company’s Model Y is fully vegan. 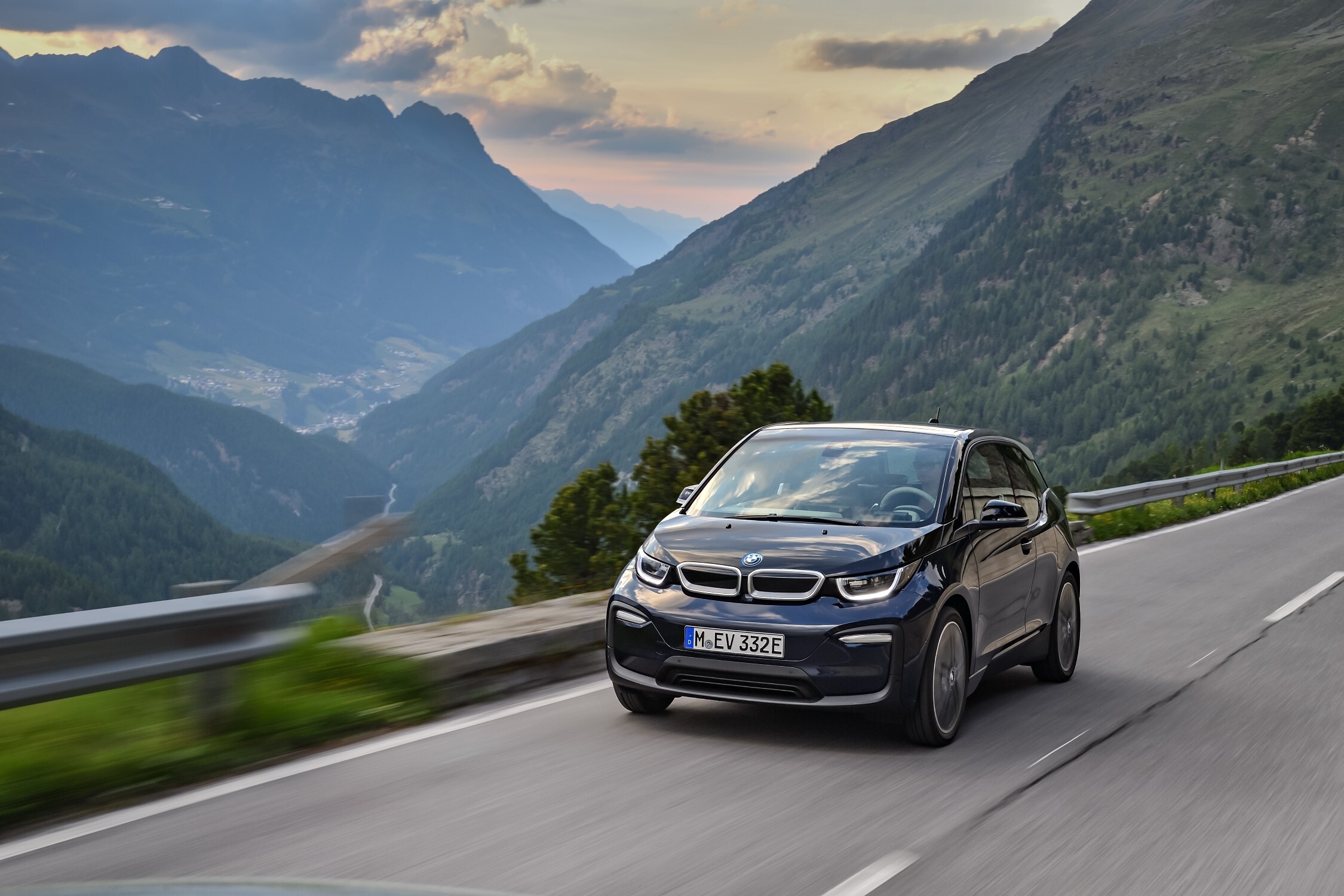 The BMW i3 is another great option for those that want to combine keeping their carbon footprint as low as possible and are looking for a vegan-friendly vehicle.

BMW is one of the front runners when it comes to adjusting their current cars and planning future vehicles to be more vegan-friendly. The i3 is a great example of this. 25% of the plastic used on the i3 is recyclable as well as the fabric on the seats. 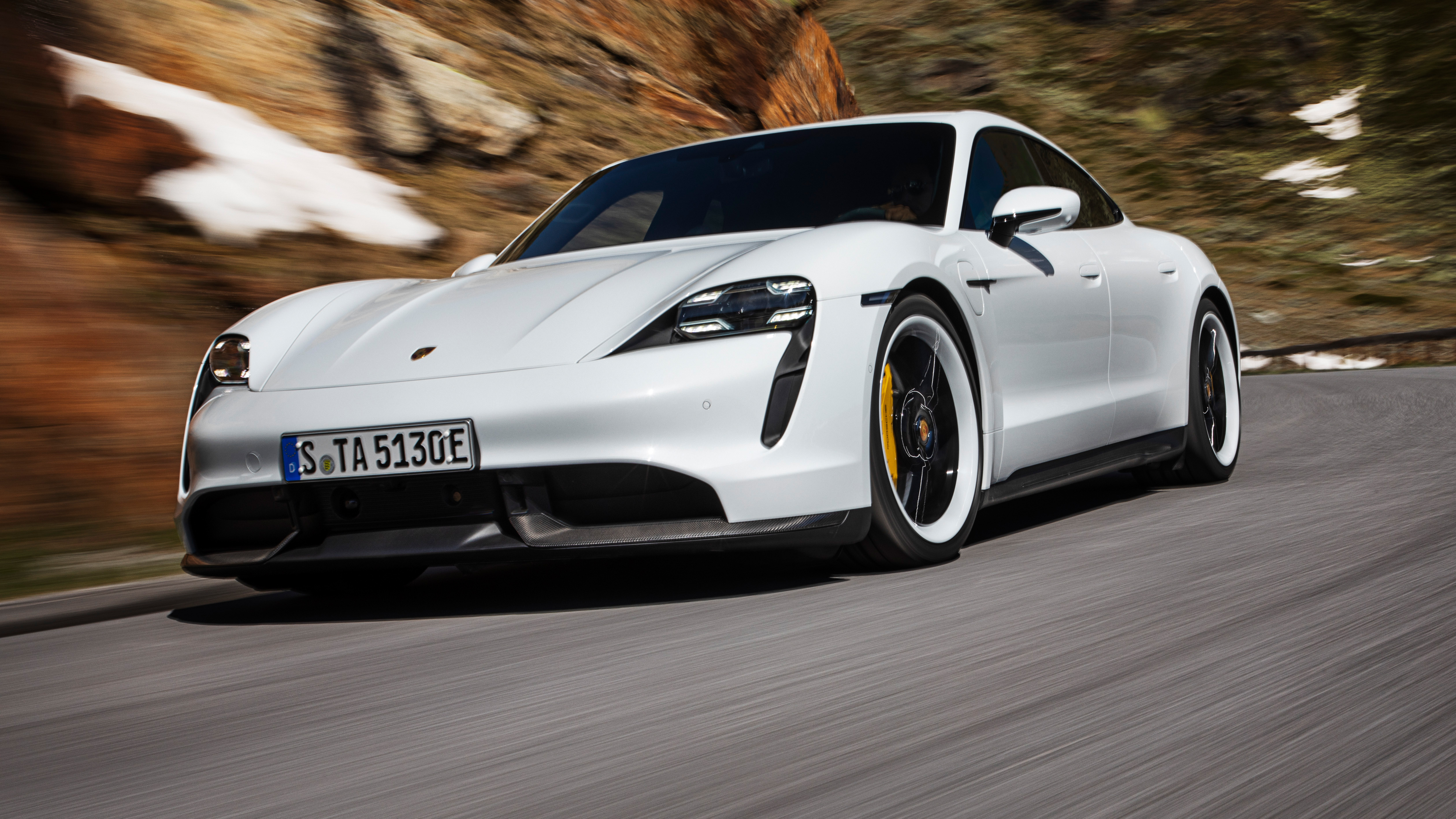 It is assumed that the more powerful and flashy a car is the more damage it does to the environment, but things are changing. Take the Porsche Taycan as an example. On the inside of this £80k+ luxury car, whilst there are a variety of material and color options on hand, Porsche are keen to make a version of the Taycan that is suited to vegan-friendly drivers. They provide a leather-free option, known as Race-Tex, which combines a suede-like microfiber material (like Alcantara) with a textile material in the seats and doors.

When configuring a car’s interior for your personal preference, normally a manufacturer will provide one vegan-free option. That’s not the case with the Ford Mach-E, as no matter the model, they're all vegan.

"We wanted it to be an animal-free product," said Brittany Moss, Ford’s colour and materials designer, who recently talked about how the Mach-E’s vegan-free qualities were the right decision for the vehicle and the sort of customer Ford is trying to attract. 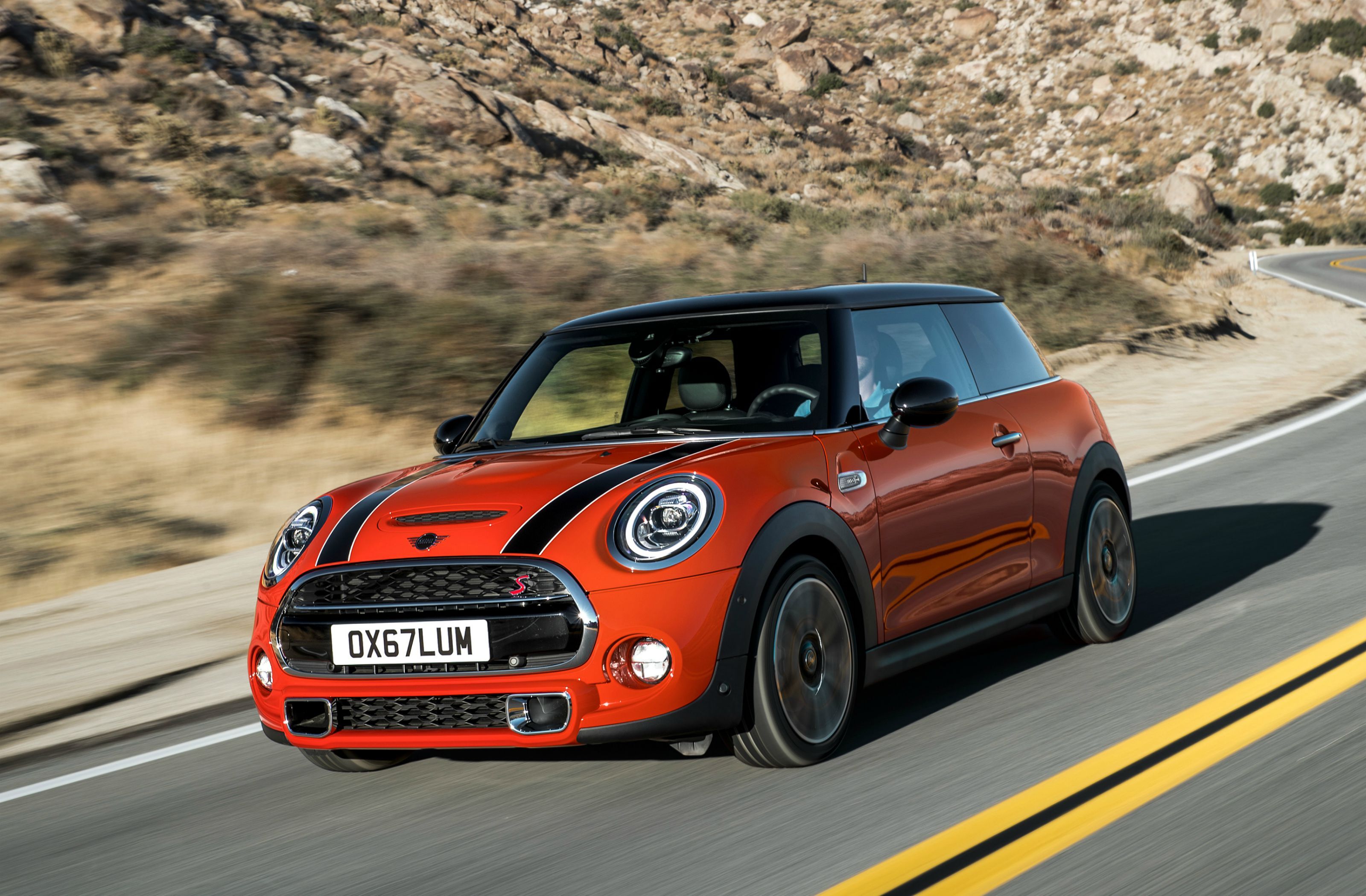 Earlier we said how BMW was one of the front runners when it comes to adjusting their cars to become more vegan-friendly. MINI is the perfect example of BMW’s vision.

MINI has begun to offer more recycled materials in its vehicles, such as covering the cloth seats in fabric made entirely of recycled materials, with 70% of the seat cushions being recycled. But MINI is determined to do more and has announced that they’ll be going completely leather-free in the future.

BMW has proposed that starting with the next generation of their cars, all MINIs will evolve to a completely leather-free interior.

This move is part of a push toward ecological sustainability by the BMW-owned company, and it's likely to just be the start. "We don't need leather any more in the future, because we don't believe it's sustainable," MINI design chief Oliver Heilmer recently said in an interview. "We're totally convinced that we will have modern and high-value products without leather." 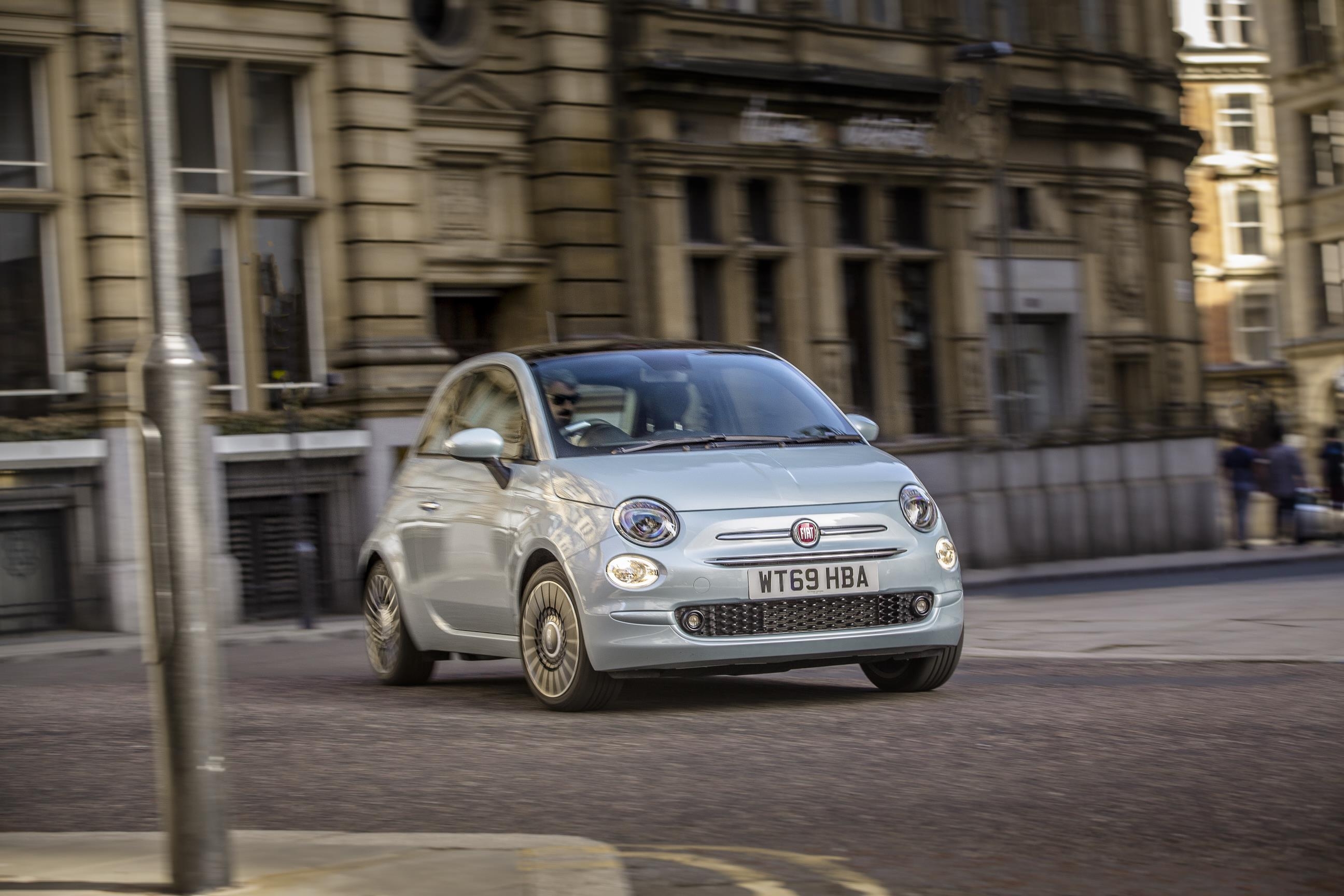 If you’re in the market for vegan-friendly cars that are a smaller, city-run-about, the Fiat 500 Hybrid is a brilliant choice. If you are wanting the best option from a vegan standpoint, aim for one of the entry-level models, as these come with Pop and Pop Star trims, which see the seats trimmed in grey and black fabric and steering wheel wrapped in artificial leather.

If you’re looking to buy second-hand, bear in mind that real leather is used on the steering wheel and seats on higher-spec models.

Steering wheels come built using leather thanks to their gripping qualities and their ability to withstand a large amount of use without wearing. They’re normally the hardest non-vegan-friendly feature to avoid, as, on many cars, it comes as standard.

However, you can find some cars and manufacturers, like Tesla, who now build their steering wheels using vegan-friendly materials. Tesla has also stated that if you own an older version of one of their vehicles, which has a leather steering wheel, you can take it in to be replaced for a vegan-friendly option.

Leather seats are also used on a wide range of cars nowadays, but when looking for a new car, an easy way to keep your vehicle more vegan-friendly is to opt for one of the lower-specced models within the range. These normally do not include leather seats, as it’s deemed to be a premium feature that gets added to higher-priced models, so choose one of the cheaper versions where possible.

3. Side panels and compartments (trim)

Leather side panels and compartment covers also feature on more premium/executive vehicles, so again, if you’re looking to keep your car as vegan-friendly as possible, choose one of the cheaper or more basic versions.

Non-vegan-friendly leather is normally found on the actual stick cover but can also cover the entire head. Many cars now come with metal gear stick heads but still keep a leather stick cover so make sure to pay attention to both parts.

You also find that the opposite is true here with premium models using leather while basic models use, for example, plastic. When it comes to gear sticks, premium cars tend to move towards a metal/chrome fitting instead, so this may be something to consider when looking at which car is best within the range.

It’s the same situation with the handbrake as it is for the gear stick. You’ll find leather is mostly used for the cover surrounding the lever rather than the head.

Your best bet in avoiding a leather-covered handbrake is to look at newer cars. These tend to include automatic handbrakes that switch out the old lever and a button-based system for a switch/button.

The floor mats in a car can sometimes be made out of non-vegan-friendly materials. For example, Range Rover offers floor mats that are made out of Mohair and leather binding.

Most tyres are not vegan. This is down to the manufacturing process, where a chemical compound known as stearic acid is used to enhance a tyre's flexibility, strength and grip. This acid is derived from a rendered form of animal fat called tallow.

Something many forget about is the cleaning products you use to clean the car. Yes, even these can be non-vegan-friendly. Make sure to check the label when buying products to make sure they don’t contain any ingredients that may have caused harm to animals during its production.