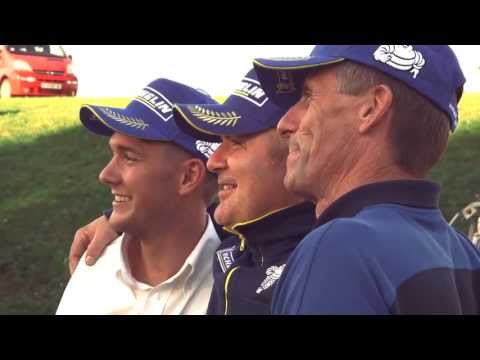 As impressive as it sounds, it is a fact that on October 5th in a completely stock Vauxhall Astra 2.0 CDTi (except a few decals) a team of engineers and drivers set a World Land Speed Record.

The Astra was piloted by 12 drivers flat out for 24 hours travelling just shy of 3000 miles around the Milbrook Proving ground High Speed Bowl. The standing record was beaten by an average speed of around 25 Mph. The team chosen for this momentous task included nine motoring journalists and three other Vauxhall & Opel Staff Memebers who piloted the Astra flat out lap after lap for a solid 24 hours only suffering 22 minutes downtime the entire time.

The event was the culmination of a years work by Vauxhall & Opel staff who aimed to initially set National records but also set International records in the FIA's 1600-2000cc forced induction diesel class as well as the relevant class for the MSA. The Success in the challenge is a testament to the reliability and drive-ability of the Astra. The 165PS Astra was chosen, according to Vauxhall PR Manager Simon Hucknall, for it's "mix of strong performance and economy" as maximising efficiency is as important as speed.

Light Trails left by The Vauxhall Astra During it's Land Speed Record Attempt[/caption] Not wanting to leave anything to chance the talented Vauxhall engineering team created data simulations of the stresses and strains of running a vehicle flat out for 24 hours to ensure there would not be any unexpected issues. Even though the team already had a high confidence in the capability of the Astra, this was not a test that they had undertaken before.

In Order to comply with all FIA and MSA regulations Vauxhall have had to work closely from start to finish with representatives from the governing bodies monitoring the production of the cars. Thus ensuring that these two Astra's are as standard to the production cars as possible. Final ratification or judgement of the records will be awarded upon review of the FIA and MSA within a few weeks. However thanks to Vauxhall's rigorous adherence to the regulations the process is merely a formality.

For more information on owning your own Vauxhall Astra capable of achieving a Land Speed Record you can visit our Website or call us on 0844 482 8999 for more details.