On Thursday 2nd June 2016, Peter Vardy Ltd reached a huge milestone in its short but successful history as “Your Car Company”. To celebrate the happy occasion, we take a look at Peter Vardy's Top 10 at 10 years old!

1. The Big One - where it all began. Back in June 2006, Peter Vardy Ltd kicked off with just one dealership with 30 colleagues, Vauxhall Perth. There began the quest to become the world's best motor retail operation as measured by colleagues, guests and the communities in which they serve. Small beginnings became great achievements - in the first year of PVL, more than 1,300 guests took home new cars from the Perth Vauxhall dealership, clearly instating Peter Vardy as the freshest and most exciting name in the motor retail industry. 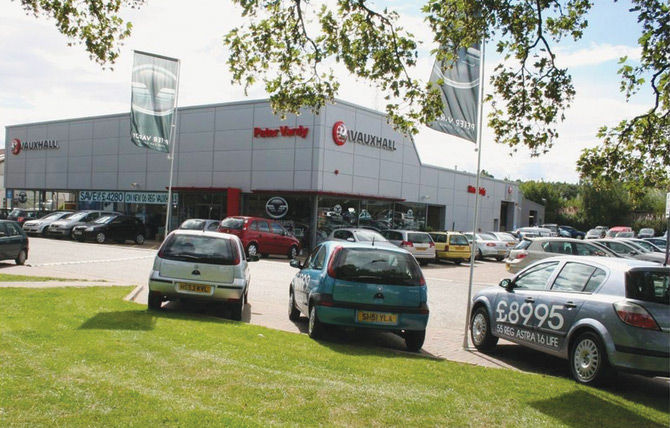 2. 2007 - A huge year for a young but fast growing company. '07 started off with a strong statement of intent when PVL announced that a brand new Vauxhall dealership would be constructed in Kirkcaldy, a busy motor retail hub in the hotly contested Fife area.
Further in to the year, PVL's Vauxhall collaboration enjoyed even greater success, not only securing the number one spot with Vauxhall after only 7 months of operations, but also acquiring the Vauxhall Motherwell site - a site which would develop into the group's flagship dealership within the year.
2007 still had more left to deliver for PVL however, as later that year the group took its first foray into the Prestige marketplace. BMW Edinburgh was acquired, and not only marked the group's intent to expand into this market sector, but also signified the intent to provide the famous Peter Vardy experience to guests in the Capital. MINI would soon follow, and in the process would create Scotland's largest BMW & MINI dealership. 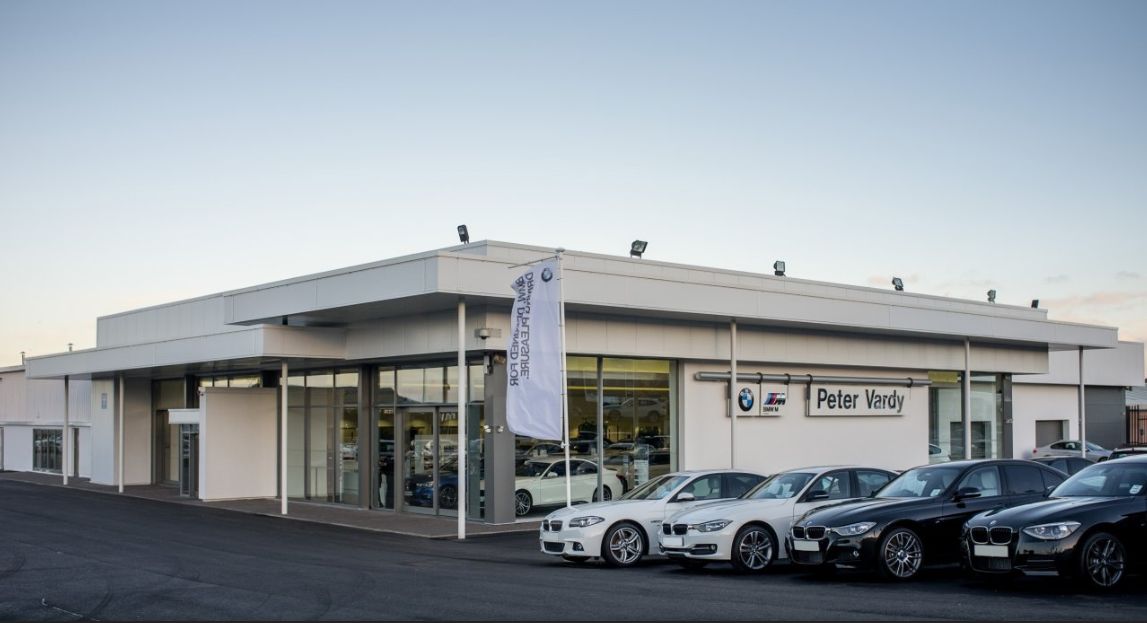 3. 2008 & 2009 - A pair of fast but incredibly productive years for the group, both within and outwith the motor retail industry.
During 2008, a huge focus was placed on supporting a charity making an enormous difference to the lives of women and children in Cambodia - over £30,000 was raised to fund the supply of water filters through The Hagar Foundation Charity. Additionally, in 2009, PVL launched The Foundation, where the company pledged to donate 10% of profits to charities on an annual basis. This would allow The Foundation to reach out to both the local community as well as those in need further away.
On the motor retail front, the group took a huge leap forward in 2008 with the launch of v2.0 of petervardy.com - a vital tool in the modern world to harness ever-increasing online opportunities.
To cap the years off, the group also reported a phenomenal 35% year-on-year increase in sales, with over 10,000 cars delivered to guests in 2009. 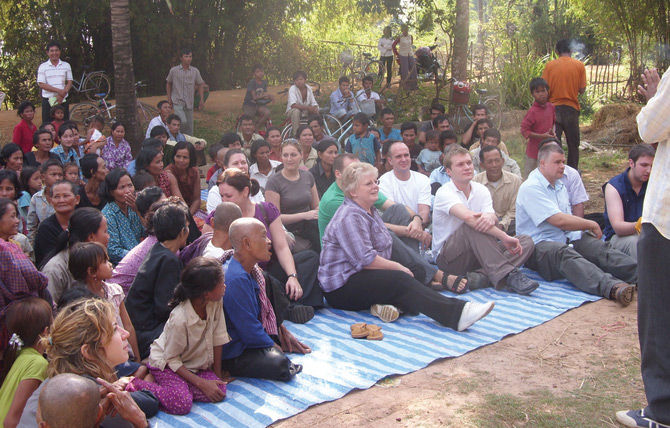 4. 2010 - An award-filled year saw the group take home no less than 3 Automotive Management Awards in February, before following this up with a 22nd place finish in The Sunday Times 100 Best Places To Work poll.
The theme of expansion also continued, with a pair of Vauxhall dealership acquisitions - a venture into the Aberdeen market, alongside further expansion in the Seafield area of Edinburgh, both of which would go on to become crucial elements of the PVL success story. 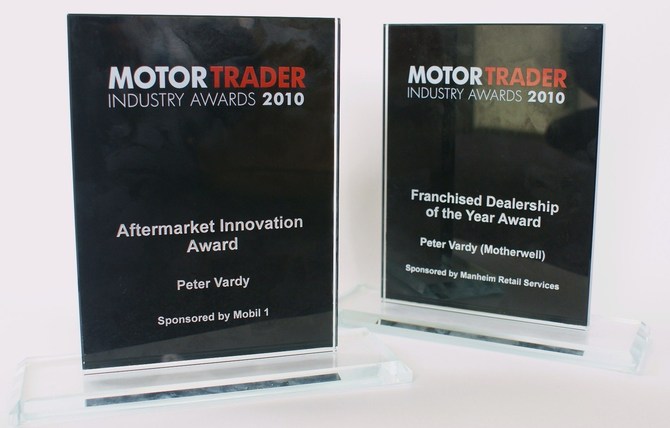 5. 2011 - The 5th Birthday kicked the year off to a great start with the group achieving an even better finishing position in the coveted Sunday Times Best Places To Work poll, reaching a phenomenal 15th place. The work did not stop there however, and 2011 saw the group deliver 25% more cars to happy guests than in 2010 with an outstanding 14,195 cars.

6. 2012 - A very important 12 months for Peter Vardy, and one which greatly widened the group's portfolio. Firstly, the acquisition of both Jaguar and Land Rover sites in the hotly contested Aberdeen area saw PVL further extend their reach into both the Prestige marketplace and the busy North East motor retail landscape. On top of this, a 70,000 square metre area in Hillington, Glasgow was purchased, which within a year would go on to become one of the biggest and most exciting developments in Peter Vardy history. 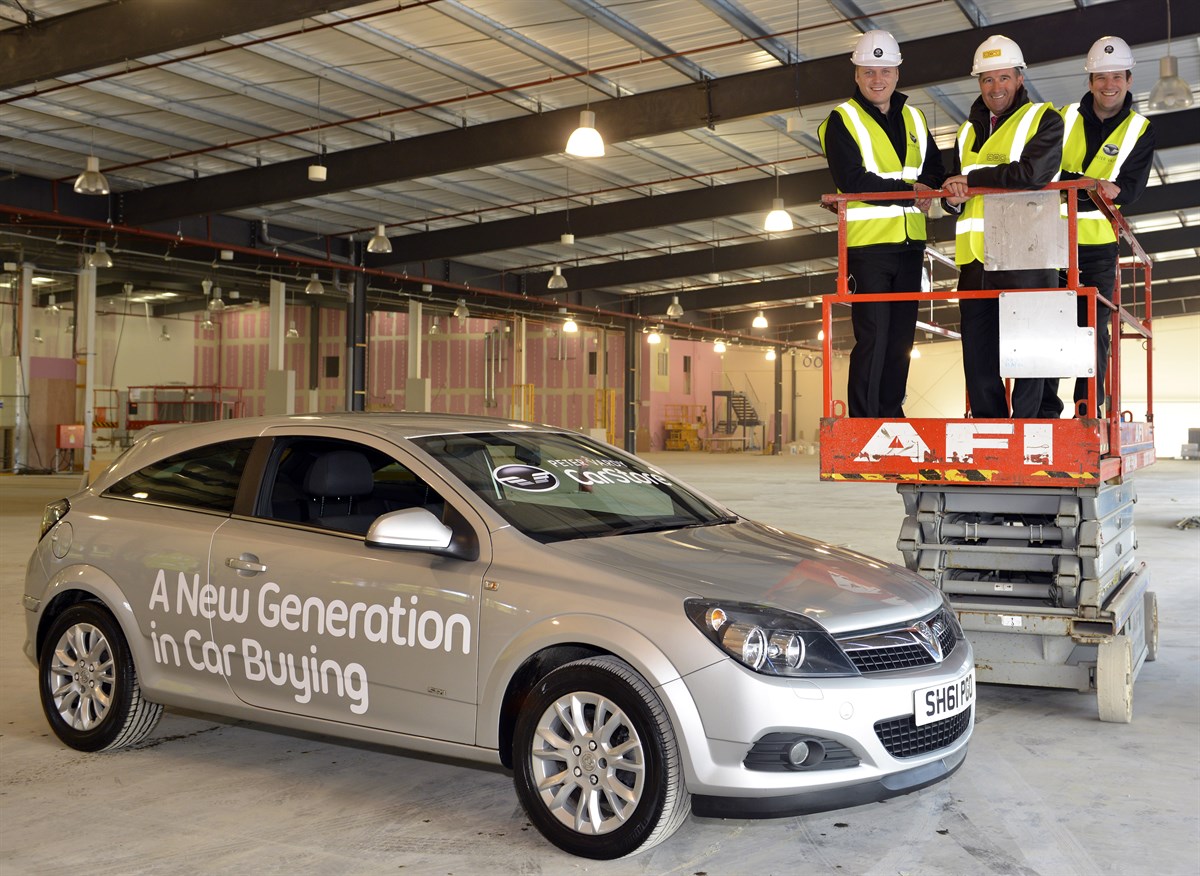 7. 2013 - Where to start? After great success and a pair of awards for Peter Vardy at the Automotive Management Awards early on, the big news just kept on coming this year.

Firstly, the launch of petervardy.com v3.0 saw a huge leap forwards in functionality and online content for the group. With the digital showroom being of the utmost importance, this would vastly improve the guest online experience and would contribute to a further 15% increase in the number of cars sold over 2012.

Later in the year, not only was PVL's Aberdeen based Prestige arm further enhanced with the addition of Porsche Centre Aberdeen, but the company also opened the doors to the most exciting development in motor retail for some time - Peter Vardy CarStore, based in Hillington, Glasgow. As a “destination dealership,” CarStore set out to do something completely different to the norm and focus on the guest experience - filled with entertainment including a furry MINI, soft play area and an Ice-Cream Van, it proved to be an immediate hit with car shoppers in the Glasgow area. 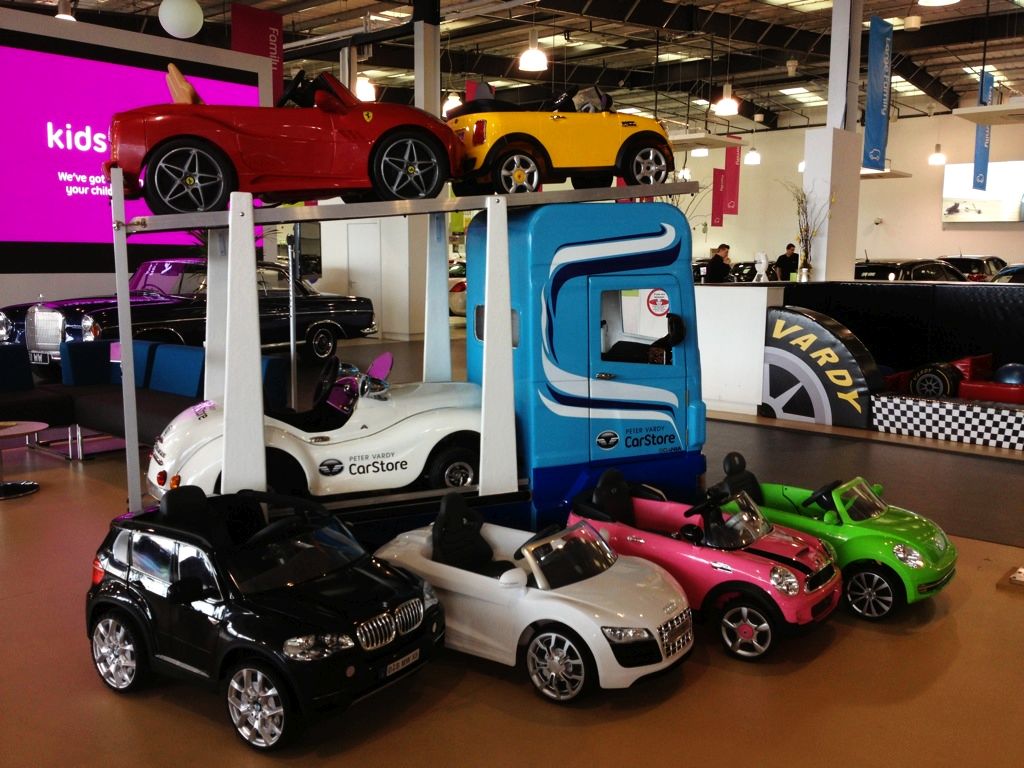 Additionally, 2014 saw Peter Vardy LTD further cemented as Scotland's leading Vauxhall partner with six sites in total including the new addition of Vauxhall Fife officially came on board, with the acquisition of the Dalgety Bay site in Summer and a brand new site at Vauxhall Aberdeen, making it the largest Vauxhall dealer in the UK. 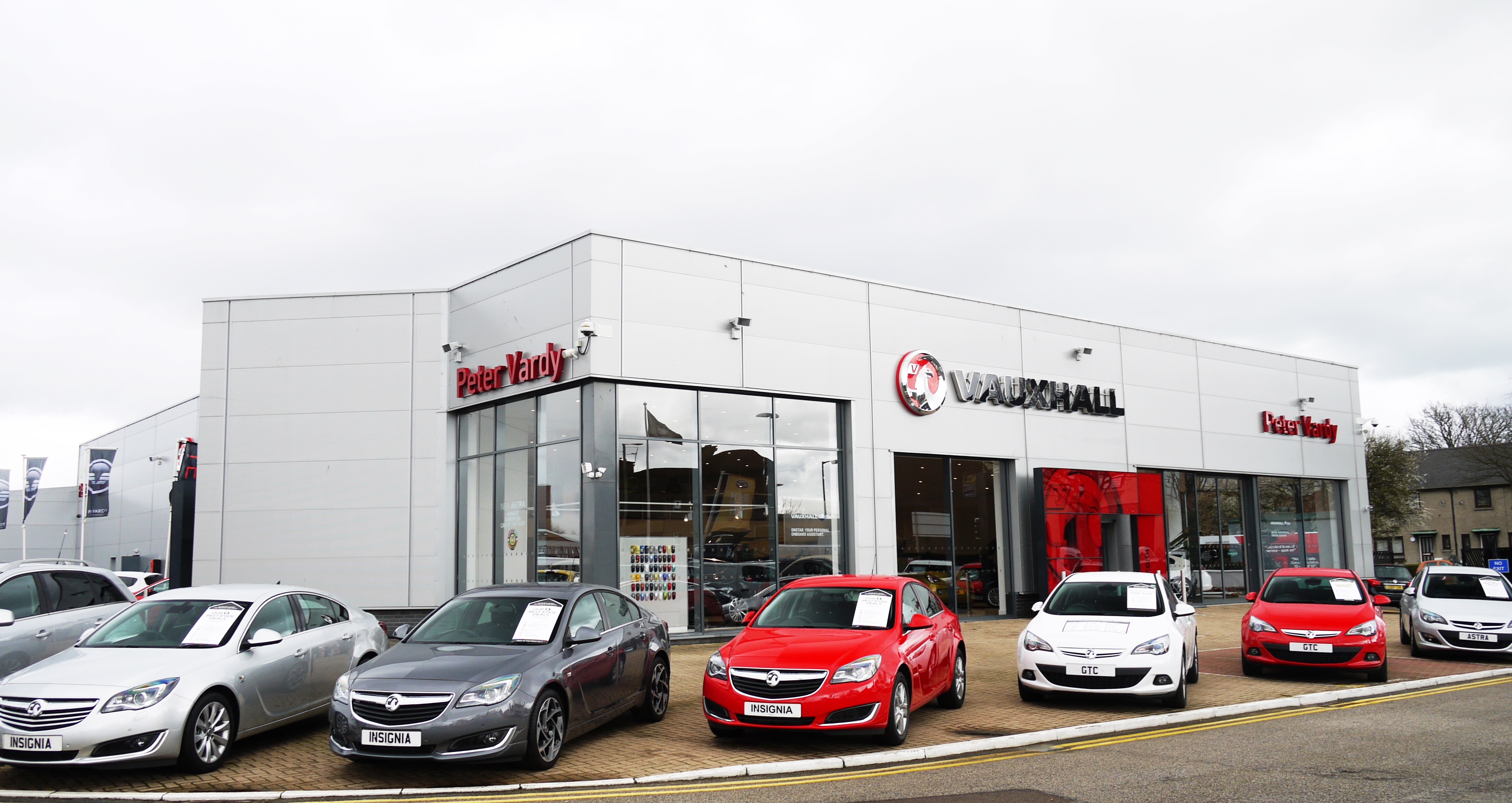 9. 2015 - This year saw the launch of an exciting project, in an area of interest and expertise for Peter: Peter Vardy Heritage, specialising in the finest classic cars the UK (and further afield) has to offer.

Adding to the Prestige theme of 2015, Porsche Centre Aberdeen moved into their brand new home on Wellington Road at the end of the year just in time to host the launch of the new 911, offering a world class showroom environment worthy of housing the one of the finest marques on the planet.

10. 2016 & beyond.... The 10th Birthday of Peter Vardy Limited, and what a year so far. Kicking off the year in style with the annual Perth conference, the African Children's Choir helped get 2016 off to a dramatic start, alongside the announcement that for each of Peter Vardy's 836 colleagues, an African child would receive sponsorship through partnership with the Fields of Life Trust.

One of the major developments of the year, however, saw an entirely new website introduced - a vital tool which will ensure the group maintains their position at the forefront of digital marketing within the motor retail sector. 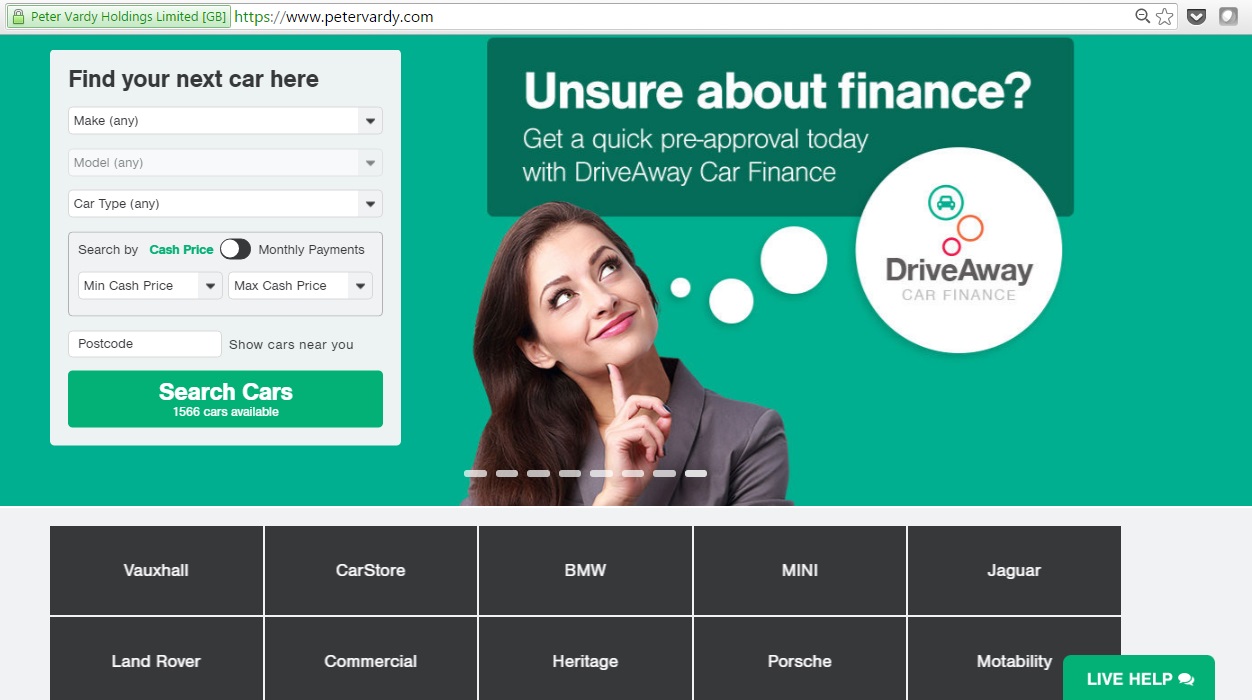 The second, and virtually unprecedented, major announcement of 2016, Peter Vardy declared that each and every colleague would become a part-owner of the business as the Peter Vardy Partnership was announced. This move would see over 800 colleagues become partners in the business by Summer, in perfect time to celebrate the news at the return of the annual Peter Vardy Ball with every colleague and their partner invited.

As for the future... One thing is for certain, exciting times are ahead, from the development of the company's second CarStore dealership in Dundee, to the imminent opening of the largest Jaguar Land Rover centre in the UK... Stay tuned, there's plenty more to come from Peter Vardy!