In just a few days the Jaguar F-Type Coupé will make its official debut on the eve of the Los Angeles motor show.

The new F-type will attempt to continue in it's older brothers footsteps and pick up as many awards as the current F-type cabriolet. Jaguar's design director Ian Callum has commented on the new release saying, "We've been overwhelmed by the positive reaction to F-TYPE Convertible, but for me the purity of creating a sports Coupé is a uniquely satisfying process - and I know that both visually and dynamically, F-TYPE Coupé raises the bar yet again." So far Jaguar has kept fans in the dark as to how the new F-type will look. The aerial shot that was released earlier in the month has been the only teasing image that Jaguar have produced, leaving much to the imagination. In the aerial photo, the addition of a glass roof looks to be a way of adding a roof without taking away the light and air that is ever present in the cabriolet version. Almost on cue this week, a set of obligatory "Spy Photos" emerged of the new F-Type in typical car camouflage highlighting no more than an outline of the upcoming car. 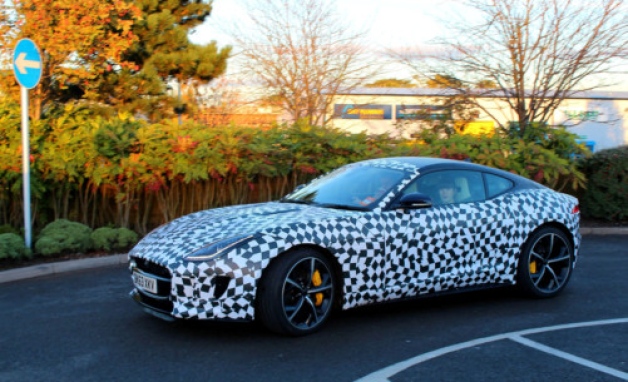 For those of you who cannot wait to see the F-Type officially launched then, Jaguar will be live streaming the launch event from LA from 1900 PST, 19th November Follow this link to live stream.