Edinburgh move into gear with Peter Vardy as van partner

There’s a new driving force at Edinburgh Rugby and it could have you pulling up beside Ross Ford and Sam Hidalgo-Clyne.

Edinburgh Rugby recently took delivery of a brand new van - to transport kit and other training items - courtesy of Peter Vardy Ltd. It is emblazoned with larger-than-life-size images of the club’s scrum-half Sam Hidalgo-Clyne and hooker Ross Ford. The new van, a spacious Vauxhall Movano, is part of a two-year sponsorship, which sees Peter Vardy as the Official Van Partner of Edinburgh Rugby - a perfect fit given the company's commercial vehicle offering based in the city.

The collaboration is an extension of Peter Vardy’s vehicle partnership with Scottish Rugby. Peter Vardy supplies Scottish Rugby with a fleet of vehicles which are predominantly used by coaching staff to assist in the development and growth of the game at club and school level. Edinburgh Rugby Managing Director, said: "We’re delighted to team up with a company whose family name has been synonymous for so many years and has a fresh approach to business. "The van itself will have huge visibility for both Edinburgh Rugby and Peter Vardy as it transports kit around Europe for our Guinness PRO12 and European Cup fixtures."

CEO Peter Vardy said: "Winning teams work well together and the successful van partnership between Edinburgh Rugby and the Peter Vardy Group is a great example of this. We're very excited to be partnering with a high profile local team that is among the elite national and international club sides." 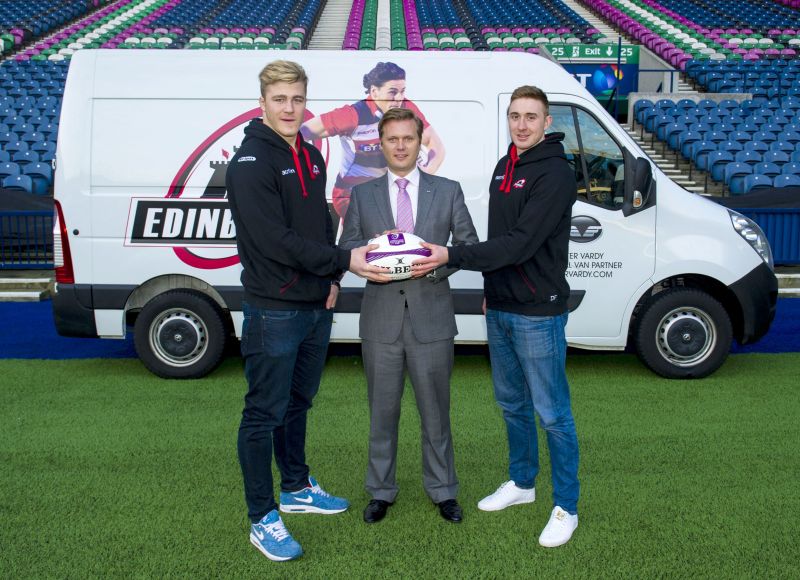