Austrian engineer Ferdinand Porsche founded “Dr. Ing. h. c. F. Porsche GmbH” in Austria in 1931 to offer vehicle development work and consulting to other motor manufacturers. In 1938 the company rolled out its first vehicle the Volkswagen Beetle – known as the car for the people. To this day it is one of the most successful car designs of all time with many of it’s components being used to develop the Porsche 64, considered by many, to be the first automobile from what was to become the Porsche company. 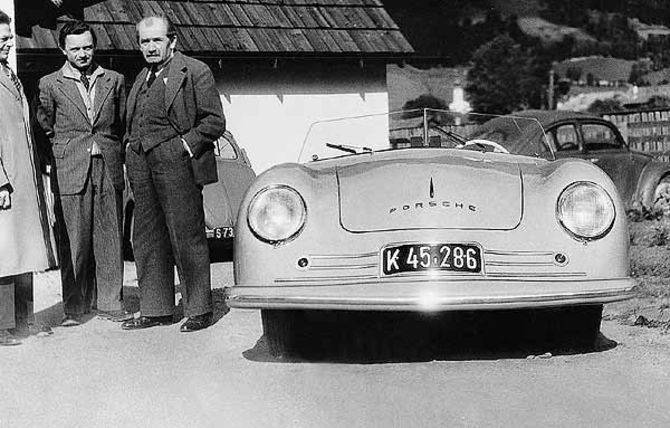 After World War II, Ferry Porsche took over the company from his father, moving the factory to Zuffenhausen in Germany. It was at this factory the 356 went into general production, 50 of the Pre-A models had been previously produced in Austria. The 356 was the dream of Ferry Porsche, who in his famous quote said:

“In the beginning, I looked around and could not find the car i’d been dreaming of: a small, lightweight sports car that uses energy efficiently. So I decided to build it myself.”

And, so he designed and built the Porsche 356, still regarded as one of the greatest sports cars ever built, going through four different phases of development. Of the 76,000 originally built, it is estimated only half of them have survived. 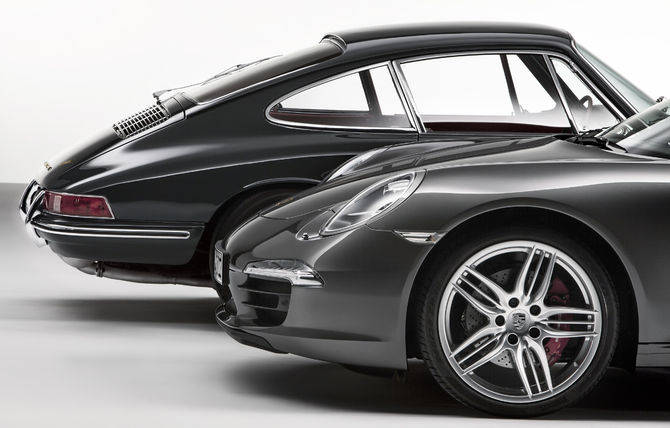 The company has continued to build some of the most beautiful cars to grace our roads, with the 911 being the most well-known and iconic model. It’s success on the racetrack, in rallies, and in terms of road car sales has out performed all competition. More than 820,000 Porsche 911s have been built, making it one of the most successful sports cars in the world. Far more than any other model, the 911 defines the Porsche brand. Like other vehicle, the 911 reconciles apparent contradictions such as sportiness and everyday practicality, tradition and innovation, exclusivity and social acceptance, design and functionality. It is no wonder that each generation has written its own personal success story. Ferry Porsche best described its unique qualities:

“The 911 is the only car you could drive on an African safari or at Le Mans, to the theatre or through New York City traffic.”

It still remains in production, however after several generations of revision, the current model shares only the basic mechanical configuration of the original rear-engined, six-cylinder coupé, and basic styling. 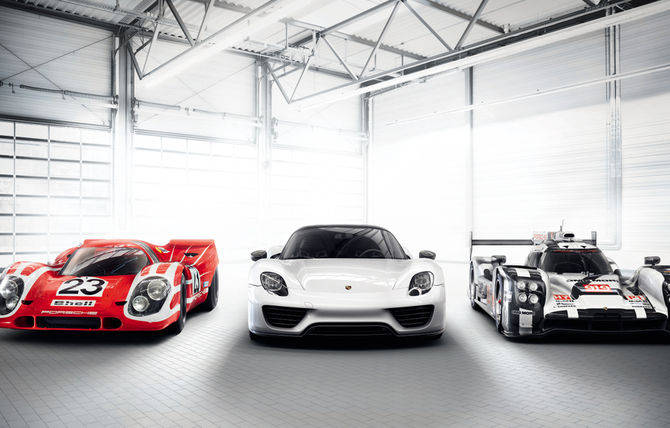 Porsche is a company that feels at home on the race tracks all over the world. Porsche build race cars and compete in motor sports out of passion. Out of tradition. And as a matter of principle. The principle that lessons learned in motor sports can transfer directly to series production, resulting in sports cars that reveal their origins to every driver. One of the most successful brands in motor sport, scoring more than 30,000 victories, including a record 17 constructor wins at the 24 Hours of Le Mans. Porsche is currently the world’s largest race car manufacturer. In 2007, Porsche constructed no fewer than 275 dedicated race cars – this single-minded devotion to motor sports continues to be at the forefront of the Porsche ethos with hundreds of race cars being built year on year.

In 1972, after learning of Honda’s ‘no family members in the company’ and a sense the business was becoming too big to remain a family business, Ferry Porsche established an Executive Board with members from outside the Porsche family and a Supervisory Board consisting largely of family members. This was a huge change in the business, which since the change of structure has seen several CEOs guiding and developing the Porsche brand – it was notably awarded the title of ‘the most prestigious automobile brand’ by the Luxury Institute in New York. The position of German Manager and CEO, is currently held by Oliver Blume, under his leadership Porsche is designing new models for a new generation, embracing the latest technologies and changing lifestyles.

Click on the button below to browse our Vintage Porsche Car collection. Looking for a specific model? Contact us today.