Bentley Motors Limited, was founded by Walter Owen Bentley (or W.O as he was known) on 18 January 1919 in Cricklewood, North London. Prior to establishing the business, W.O and his brother, Horace Millner Bentley, sold French DFP cars. It was at the DFP factory in 1913 W.O, who had always wanted to design and build his own cars, noticed an aluminium paperweight and thought aluminium might be a suitable replacement for cast iron to fabricate lighter pistons.

In August 1919 W.O exhibited a car chassis, with a dummy engine, at the London Motor Show. Clive Gallop, a World War I pilot, racing driving and race engineer, who W.O had met during World War I, designed an innovative 4-valves per cylinder engine for the chassis. By December 1920 the engine was built and running and by September 1921, the first cars started to be delivered. The durability of the first Bentley cars earned widespread acclaim and they competed in hill climbs and raced at Brooklands, where Bentley obtained some of its greatest triumphs in the 1920s and 1930s. 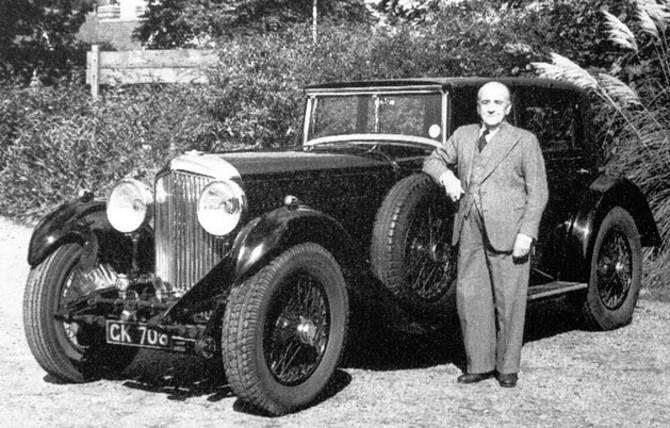 The Bentley enterprise was always underfunded, but inspired by the 1924 Le Mans win by John Duff and Frank Clement, Barnato agreed to finance Bentley’s business, initially investing in excess of £100,000, saving the business and its workforce. A financial reorganisation of the original Bentley company was carried out and all existing creditors paid off for £75,000. With renewed financial input, W.O Bentley was able to design another generation of cars. 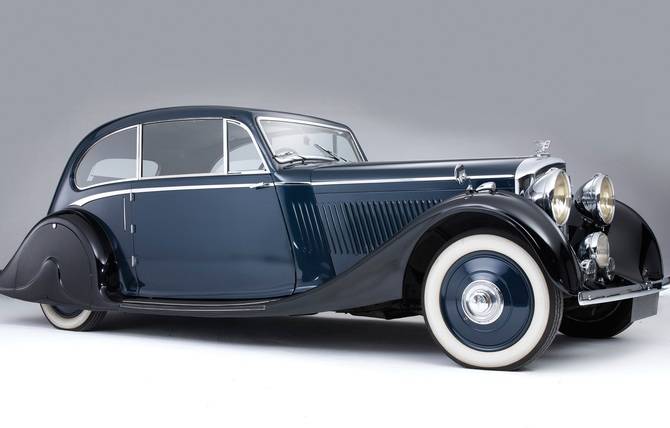 Sadly the Wall Street Crash of 1929 and the resulting Great Depression throttled the demand for Bentley’s expensive motorcars. In July 1931, two mortgage payments were due, which neither the company nor Barnato, were able to meet. Rolls-Royce took over the assets of Bentley Motors Ltd and the services of Bentley himself. By coincidence Barnato had bought a sizable stake in Rolls-Royce not long before Bentley Motors was liquidated. W.O was unhappy with his role at Rolls-Royce and left shortly after to join Lagonda.

The first Bentley produced by Rolls-Royce in 1933, was a sporting variant of the Rolls-Royce 20/25, which disappointed some traditional customers but well received by many others. Rolls-Royce’s advertisements for the 31⁄2 litre called it ‘the silent sports car’, a slogan Rolls-Royce continued to use for Bentley cars until the 1950s. 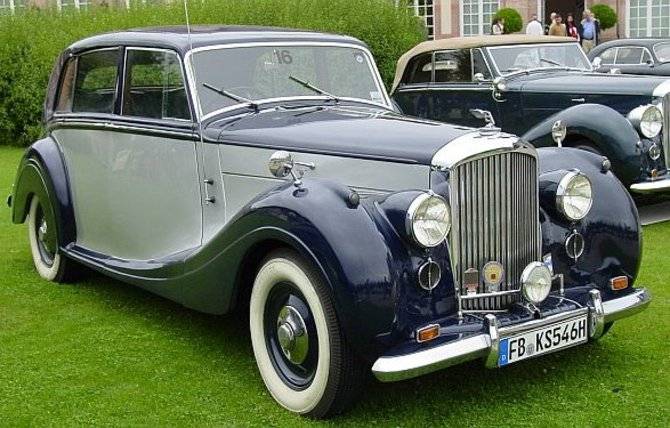 To help boost the post war economy, the UK Government encouraged companies to export goods to earn overseas currency. Rolls-Royce developed a ready-to-drive complete saloon car. The first steel-bodied model produced was the Bentley Mark VI, these started to emerge from the newly reconfigured Crewe factory early in 1946, continuing to be rolled out along with the R Type, Rolls-Royce Silver Dawn, Bentley S3, the Bentley Continental and the T Series for the domestic and international markets up until 1970.

During the 1970’s the motorcar division became separate from the aero-engine business, remaining independent until 1980, after purchase by Vickers PLC. Bentley sales were falling badly, at one point less than 5% of combined production carried the Bentley badge. Under Vickers, Bentley set about regaining its high-performance heritage, typified by the 1980 Mulsanne. Bentley’s restored sporting image created a renewed interest in the name and Bentley sales as a proportion of output began to rise. By 1986 the Bentley:Rolls-Royce ratio had reached 40:60; by 1991 it achieved parity.

In October 1997, Vickers announced that it had decided to sell Rolls-Royce Motors. BMW AG seemed to be a logical purchaser because BMW already supplied engines and other components for Bentley and Rolls-Royce branded cars and because of BMW and Vickers joint efforts in building aircraft engines. BMW made a final offer of £340m, but outbid by Volkswagen AG with an offer of £430m, Volkswagen AG acquired the vehicle designs, model nameplates, production and administrative facilities, the Spirit of Ecstasy and Rolls-Royce grille shape trademarks, but not the rights to the use of the Rolls-Royce name or logo, which are owned by Rolls-Royce Holdings plc.

BMW paid Rolls-Royce PLC £40m to license the Rolls-Royce name and logo. After negotiations, BMW and Volkswagen AG agreed that, from 1998 to 2002, BMW would continue to supply engines and components and would allow Volkswagen temporary use of the Rolls-Royce name and logo. All BMW engine supply ended in 2003 with the end of Silver Seraph production. From 1 January 2003 forward, Volkswagen AG would be the sole provider of cars with the Bentley marque. BMW established a new legal entity, Rolls-Royce Motor Cars Limited, and built a new administrative headquarters and production facility for Rolls-Royce branded vehicles in Goodwood, West Sussex, England.

Click on the button below to browse our Vintage Bentley Car collection. Looking for a specific model? Contact us today.